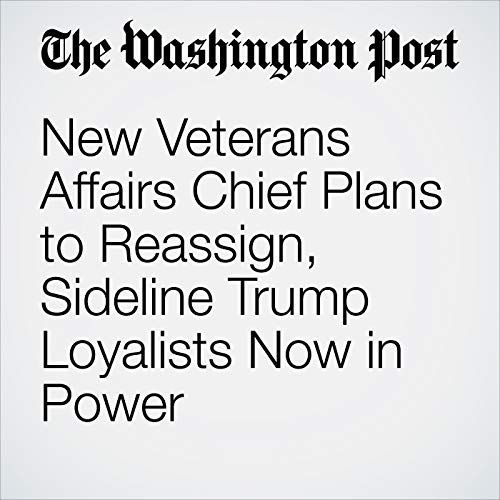 In one of his first acts as President Trump’s Veterans Affairs secretary, Robert Wilkie intends to reassign several high-ranking political appointees at the center of the agency’s ongoing morale crisis and staffing exodus, according to three people familiar with his plans.

"New Veterans Affairs Chief Plans to Reassign, Sideline Trump Loyalists Now in Power" is from the July 29, 2018 Politics section of The Washington Post. It was written by Lisa Rein and narrated by Sam Scholl.