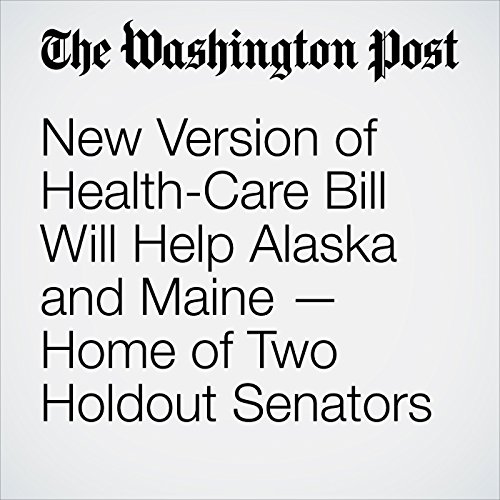 The Republican senators at the forefront of the latest effort to undo the Affordable Care Act released a revised version of their bill Monday sending more health-care dollars to the states of key holdouts, as hardening resistance from several GOP senators left their proposal on the verge of collapse.

"New Version of Health-Care Bill Will Help Alaska and Maine — Home of Two Holdout Senators" is from the September 25, 2017 Politics section of The Washington Post. It was written by Sean Sullivan, Paige Winfield Cunningham and Juliet Eilperin and narrated by Sam Scholl.