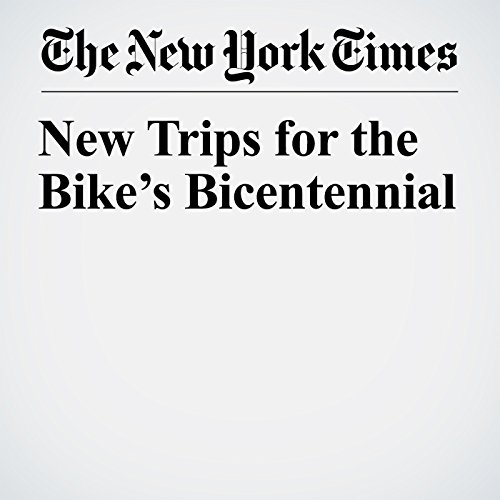 In 1817, the inventor Karl von Drais of Mannheim, Germany, patented the Draisine, a wooden, two-wheel, pedal-less and chain-free vehicle that has been credited as the first bicycle. Now in the bike’s bicentennial year, travel operators are, ahem, peddling new routes.

"New Trips for the Bike’s Bicentennial" is from the February 22, 2017 Travel section of The New York Times. It was written by Elaine Glusac and narrated by Kristi Burns.