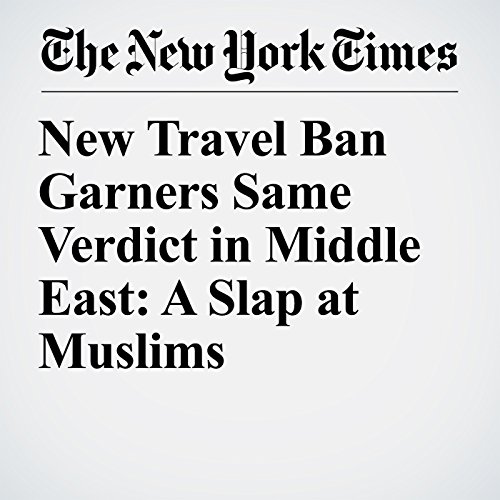 "New Travel Ban Garners Same Verdict in Middle East: A Slap at Muslims" is from the March 06, 2017 World section of The New York Times. It was written by Declan Walsh and narrated by Caroline Miller.