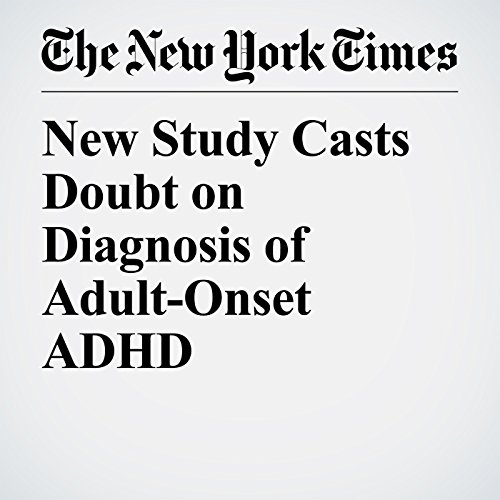 In just the past few years, researchers have identified what they believe is an adult version of attention deficit disorder: a restless inability to concentrate that develops spontaneously after high school, years after the syndrome typically shows itself, and without any early signs.

"New Study Casts Doubt on Diagnosis of Adult-Onset ADHD" is from the October 20, 2017 Science section of The New York Times. It was written by Benedict Carey and narrated by Barbara Benjamin-Creel.