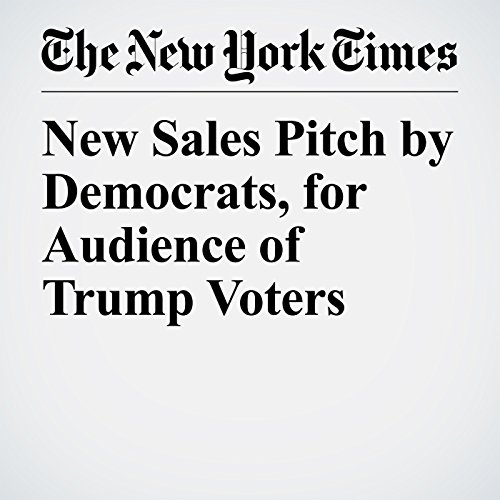 For more than a year, Democrats have raged against now-President Donald Trump, projecting their opposition as the party’s central message. In so doing, they have maintained their minority status in Congress, sustained the most stunning loss in modern presidential history and left voters with little sense of what they represent.

"New Sales Pitch by Democrats, for Audience of Trump Voters" is from the July 24, 2017 U.S. section of The New York Times. It was written by Matt Flegenheimer and Alexander Burns and narrated by Keith Sellon-Wright.