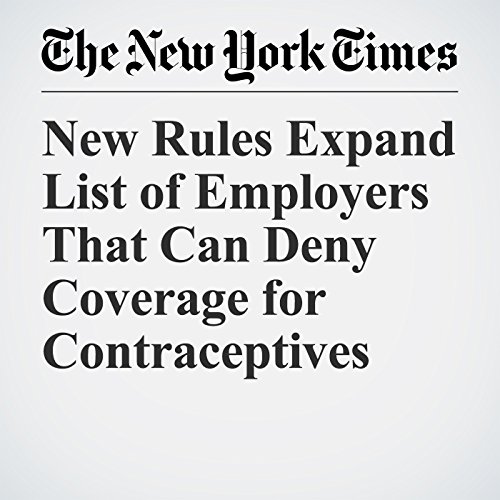 The Trump administration is poised to roll back the federal requirement for employers to include birth control coverage in their health insurance plans, vastly expanding exemptions for those that cite moral or religious objections.

"New Rules Expand List of Employers That Can Deny Coverage for Contraceptives" is from the October 05, 2017 U.S. section of The New York Times. It was written by Robert Pear and narrated by Mike DelGaudio.