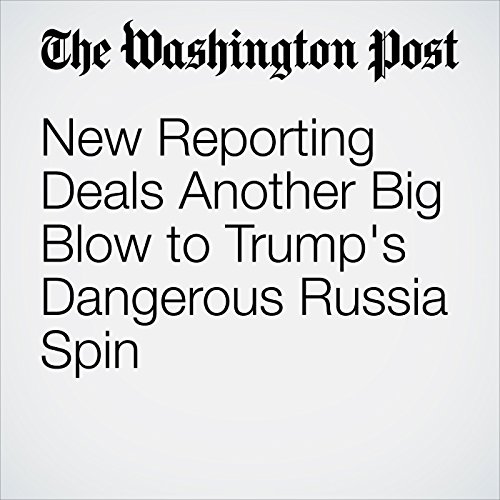 We all need to do a better job stating clearly what President Trump’s position on the Russia probes really is and what it really means. When Trump dismisses discussion of Russian interference in the 2016 election as a hoax, he isn’t merely saying the charge of collusion with that meddling is a hoax. He’s also saying that the alleged Russian sabotage itself, irrespective of whether his campaign colluded with it, definitively never happened at all and, by extension, doesn’t merit any inquiry or discussion.

"New Reporting Deals Another Big Blow to Trump's Dangerous Russia Spin" is from the November 02, 2017 Opinion section of The Washington Post. It was written by Greg Sargent and narrated by Sam Scholl.