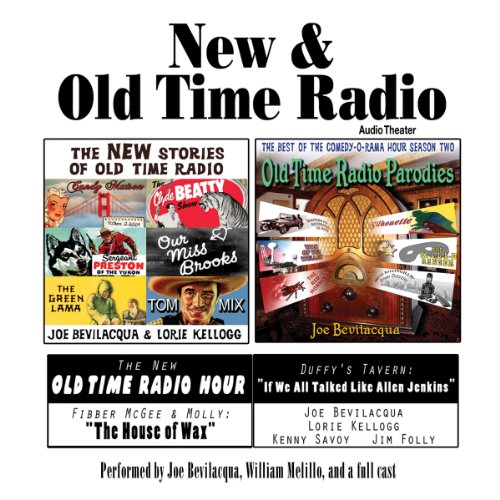 A tribute to the golden age of radio from veteran producer Joe Bevilacqua, The New Stories of Old Time Radiois a collection of radio dramas and parodies featuring beloved radio characters and shows.

The New Stories of Old Time Radioe: Volume One, Set One

Produced, directed, and voiced by Joe Bevilacqua, with Lorie Kellogg, this is the first anthology of new fiction based on the beloved old-time radio characters and shows.

Producer Joe Bevilacqua parodies some of the most beloved old-time radio shows, including The Shadow, The Lone Ranger, The Green Hornet, and War of the Worlds.