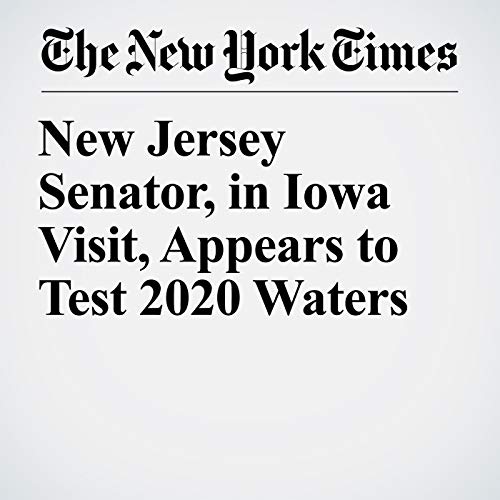 DES MOINES, Iowa — Sen. Cory Booker of New Jersey did not announce he was running for president on Saturday. Nor did he say he was thinking about it. But on a demoralizing day for Democrats, he came to this bellwether state and sounded a lot like someone who wanted to lead the Democratic Party in its quest to oust President Donald Trump from the White House.

"New Jersey Senator, in Iowa Visit, Appears to Test 2020 Waters" is from the October 07, 2018 U.S. section of The New York Times. It was written by Sydney Ember and narrated by Keith Sellon-Wright.