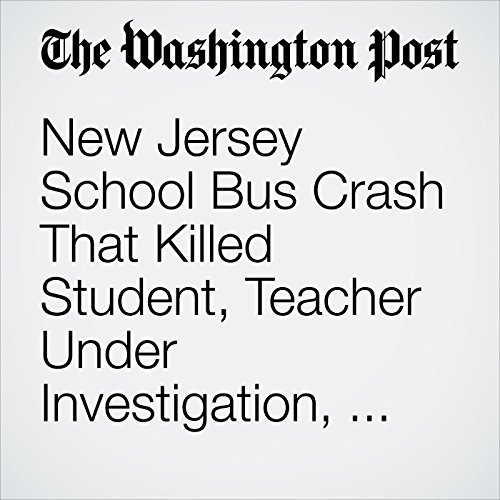 A student and teacher were killed Thursday in New Jersey when the school bus they were travelling in was involved in an accident with a dump truck, authorities said. Dozens of other children and adults were injured and taken to hospitals.

"New Jersey School Bus Crash That Killed Student, Teacher Under Investigation, Officials Say" is from the January 00, 1900 National section of The Washington Post. It was written by Debbie Truong and narrated by Jenny Hoops.