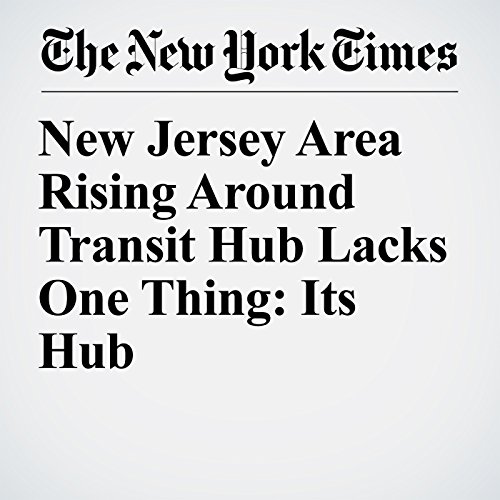 All the ingredients for a bustling downtown transit hub here are coming together: new town houses, restaurants and big-box stores sit just off the busiest rail corridor in the country, as trains whiz by every 10 minutes or so. Bulldozers, backhoes and scattered mounds of dirt offer evidence of more to come. A large banner over a nearby highway with an illustration of a train declares: “Shop. Dine. Ride. Live.”

There is just one piece missing from this rosy picture: any evidence of a train station.

"New Jersey Area Rising Around Transit Hub Lacks One Thing: Its Hub" is from the March 02, 2017 U.S. section of The New York Times. It was written by Nick Corasaniti and narrated by Caroline Miller.