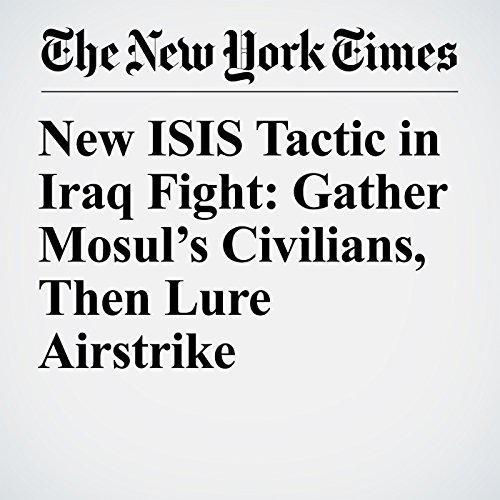 An episode this week in which Islamic State fighters forced civilians inside a building, killing one who resisted, was observed by U.S. surveillance aircraft.

"New ISIS Tactic in Iraq Fight: Gather Mosul’s Civilians, Then Lure Airstrike" is from the March 30, 2017 World section of The New York Times. It was written by Michael R. Gordon and narrated by Caroline Miller.