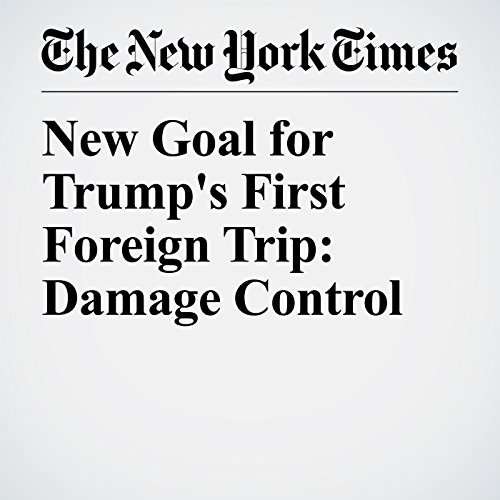 For months, President Donald Trump’s senior advisers had planned his first foreign trip with hopes of investing it with historic grandeur: a tour of the world’s three great monotheistic religions, capped by an address to the Muslim world in Saudi Arabia that will serve as Trump’s answer to the speech former President Barack Obama gave in Cairo in 2009.

"New Goal for Trump's First Foreign Trip: Damage Control" is from the May 17, 2017 U.S. section of The New York Times. It was written by Mark Landler and narrated by Keith Sellon-Wright.