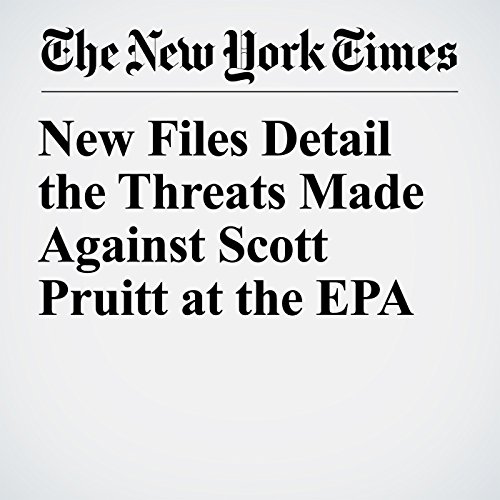 The Environmental Protection Agency had a total of 33 threat investigations underway as of mid-March — 10 of them involving Scott Pruitt from the past six months — a security assessment released Monday shows, offering the most detailed tally yet of threats against the agency’s top official.

"New Files Detail the Threats Made Against Scott Pruitt at the EPA" is from the May 07, 2018 U.S. section of The New York Times. It was written by Eric Lipton and Kenneth P. Vogel and narrated by Kristi Burns.