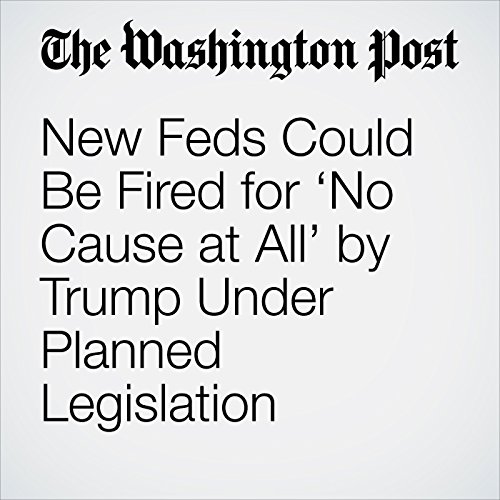 A range of Republican proposals on federal hiring, firing and retiring will have them under fire during the Trump administration. One flying under the radar poses a fundamental threat to the purpose of the civil service. It would essentially dispose of federal employee due process rights.

"New Feds Could Be Fired for ‘No Cause at All’ by Trump Under Planned Legislation" is from the January 12, 2017 Politics section of The Washington Post. It was written by Joe Davidson and narrated by Sam Scholl.