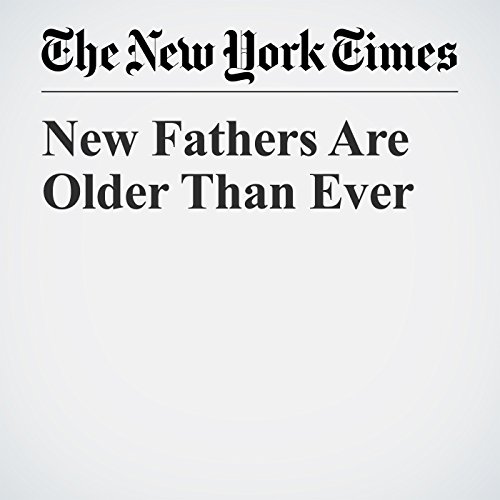 New Fathers Are Older Than Ever

New fathers in the United States are getting older.Researchers at Stanford University reviewed data on 168,867,480 live births from 1972 to 2015, making statistical adjustments for missing paternal records. The average age of the father of a newborn in the United States, the investigators found, has risen to 30.9 from 27.4 in 1972.

"New Fathers Are Older Than Ever" is from the September 04, 2017 Science section of The New York Times. It was written by Nicholas Bakalar and narrated by Kristi Burns.