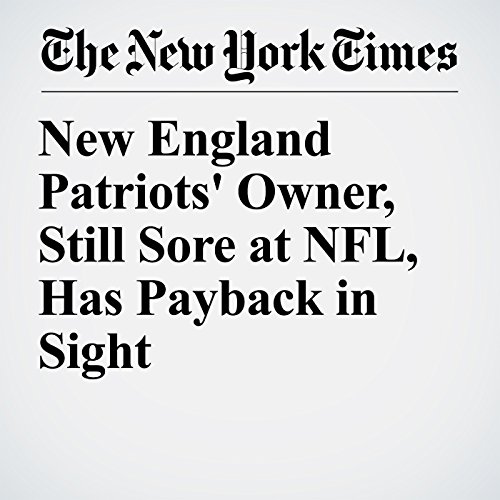 The NFL likes portraying itself as one big family of owners, players and fans who, despite their differences, come together on game days.Yet at the Super Bowl in Houston in two weeks, the NFL may have no choice but to air a public and profound grudge on national television. If the New England Patriots defeat the Pittsburgh Steelers on Sunday, as they are favored to do, and go on to beat either the Atlanta Falcons or Wisconsin’s Green Bay Packers for the title, the league commissioner, Roger Goodell, will have to present the Lombardi Trophy to Robert K. Kraft, the owner of the Patriots.

"New England Patriots' Owner, Still Sore at NFL, Has Payback in Sight" is from the January 21, 2017 Sports section of The New York Times. It was written by Ken Belson and Ben Shpigel and narrated by Paul Ryden.