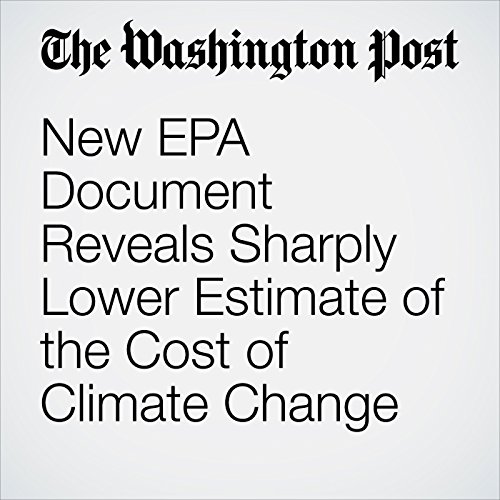 The U.S. Environmental Protection Agency on Tuesday released a detailed 198-page proposed analysis of the costs and benefits of its move to repeal the Clean Power Plan, suggesting the administration plans to greatly decrease the government’s estimates of the cost of climate change.

"New EPA Document Reveals Sharply Lower Estimate of the Cost of Climate Change" is from the October 11, 2017 Politics section of The Washington Post. It was written by Chris Mooney and narrated by Sam Scholl.