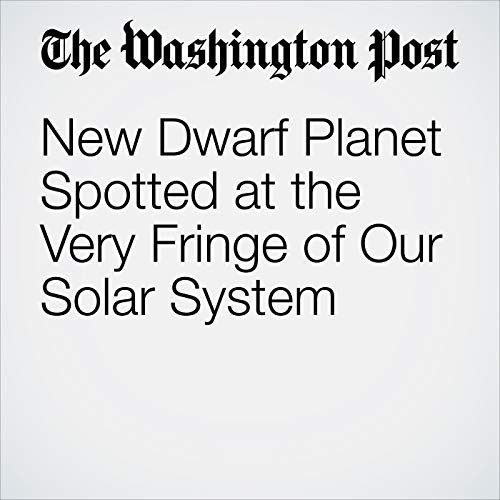 A previously unknown dwarf planet circles through the far reaches of our solar system, the International Astronomical Union’s Minor Planet Center announced Tuesday. Officially designated 2015 TG387, the small and spherical object is probably a ball of ice. Astronomers first observed the dwarf planet on Oct. 13, 2015, from the Subaru telescope at Hawaii’s Mauna Kea Observatories. Embracing the near-Halloween October spirit — and for want of something pronounceable — its discoverers nicknamed 2015 TG387 “the Goblin.”

"New Dwarf Planet Spotted at the Very Fringe of Our Solar System" is from the October 02, 2018 World section of The Washington Post. It was written by Ben Guarino and narrated by Sam Scholl.