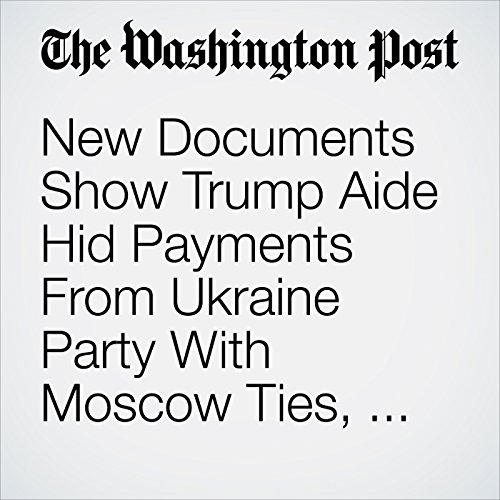 The new documents may revive questions about the ties between the Trump aide, Paul Manafort, and the party of the former president of Ukraine, Viktor Yanukovych, who has been in hiding in Russia since being overthrown by pro-Western protestors in 2014. He is wanted in Ukraine on corruption charges.

"New Documents Show Trump Aide Hid Payments From Ukraine Party With Moscow Ties, Lawmaker Alleges" is from the March 21, 2017 Politics section of The Washington Post. It was written by Andrew Roth and narrated by Jenny Hoops.