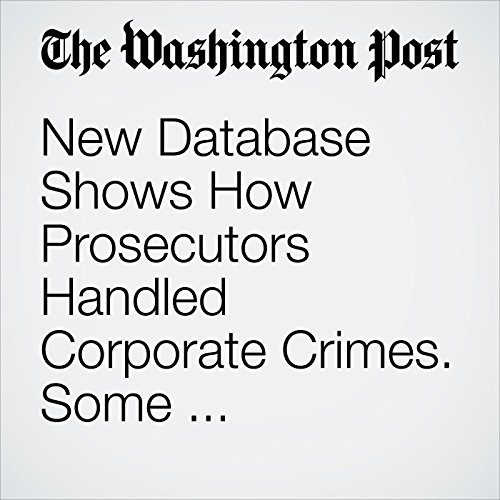 Crimes committed by corporations are often overlooked or undercovered by the news media. Though the dollar amounts and number of victims can be astronomical, corporate crimes — including areas such as securities fraud, money laundering and bribery — can be complicated, drawn-out matters which get lost in the daily blur of street crime and terrorism.

"New Database Shows How Prosecutors Handled Corporate Crimes. Some Corporations Were Never Prosecuted." is from the June 05, 2017 True Crime section of The Washington Post. It was written by Tom Jackman and narrated by Sam Scholl.