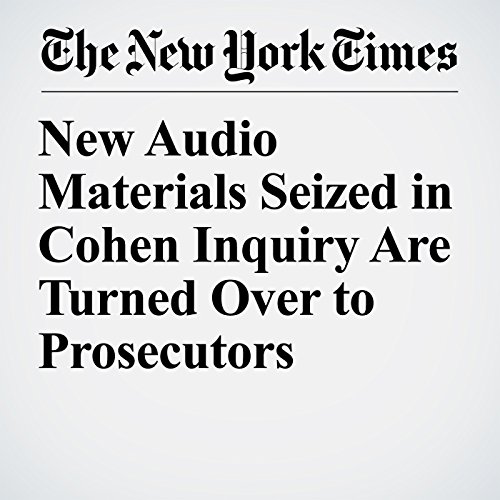 Federal prosecutors in Manhattan who are investigating President Donald Trump’s longtime personal lawyer, Michael D. Cohen, have received 12 audio “items” that had been seized by the FBI but had been withheld from investigators, according to a court filing on Monday.

"New Audio Materials Seized in Cohen Inquiry Are Turned Over to Prosecutors" is from the July 23, 2018 U.S. section of The New York Times. It was written by Benjamin Weiser and narrated by Keith Sellon-Wright.