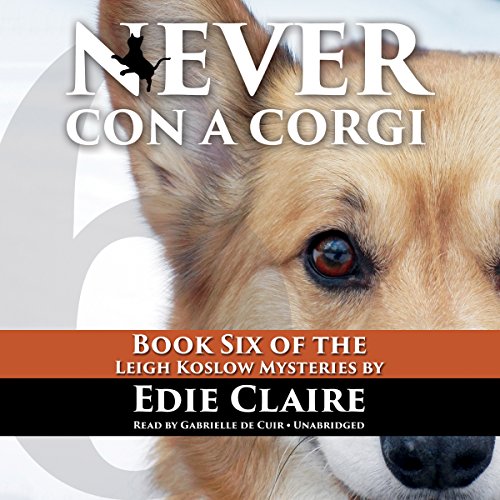 Leigh's back in this sixth installment of the Leigh Koslow Mysteries.

Hapless advertising copywriter Leigh Koslow, who was last seen joyfully announcing to her politician husband that she was pregnant, is now a middle-aged mom who is more than happy to leave the macabre pandemonium of her 30s behind. Unfortunately, Leigh's killer karma hasn't really deserted her; it's only been biding its time.

When an innocent walk in thewoods with her dog turns up a corpse, Leigh begins to get worried. It's bad enough that the victim is a client of her agency. It's even worse that he's the same unscrupulous real estate developer who's been conniving to bulldoze her aunt Bess' homestead. And it would be a whole lot better for everyone in Leigh's family if her cousin Cara's husband hadn't brawled with the man in front of a church full of witnesses an hour before the murder. But fate is what it is, and as Leigh's beleaguered friend Detective Maura Polanski sets out once again to save the Koslow clan from self-destruction, the women face their toughest battle yet, because not only has Leigh failed to outgrow her inborn talent for trouble, she's bestowed it on the next generation.

I think the story line was interesting BUT the narrator's take on the different characters was more than irritating! Just read the book you don't need to make people's skin crawl!

too whiney, can't finish, not a good story

return to amazon please, Dogs I can handle spoiled people I can not tolerate, horrible

I did not have a clue who committed the murder. What a suprise ending. The story had a lot of characters so I had to rewind several times. This was an enjoyable book.

Almost every character in the book was a whiny drama queen / king. Couldn’t live in that town with those people.

Very entertaining Lovable characters. While walking her dog in the woods, Leigh stumbles upon a body. The vicitim turns out to be an unscrupulous real estate developer who has been trying to get her Aunt Bess' home. Then later Chewy the dog finds a bone that appears to be an old human bone. The several suspects including her cousin Cara's husband.

Loved the storyline and i was very surprised who the killer was.

The narrator did a fantastic job.

What was one of the most memorable moments of Never Con a Corgi?

It would mean spoilers.

Which character – as performed by Gabrielle de Cuir – was your favorite?

The main character's mom. She did a very Elaine Strich attitude, and it was very funny.

This is no Agatha Christie, but I found it amusing and it kept my interest. The reader improved the writing a lot; there was some repetition and a lot of "eyebrow" raising, but overall it was fun. Especially, if you like doggies and Corgis!