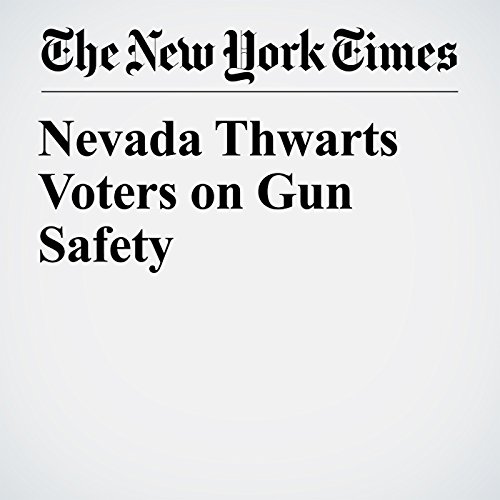 Residents of Nevada voted in November to require background checks for most private gun sales, closing a loophole in federal law. But nearly a year after the ballot measure passed, these checks aren’t being made because state officials have claimed, with little evidence, that there’s no way to carry out the policy.

"Nevada Thwarts Voters on Gun Safety" is from the October 03, 2017 Opinion section of The New York Times. It was written by The Editorial Board and narrated by Keith Sellon-Wright.