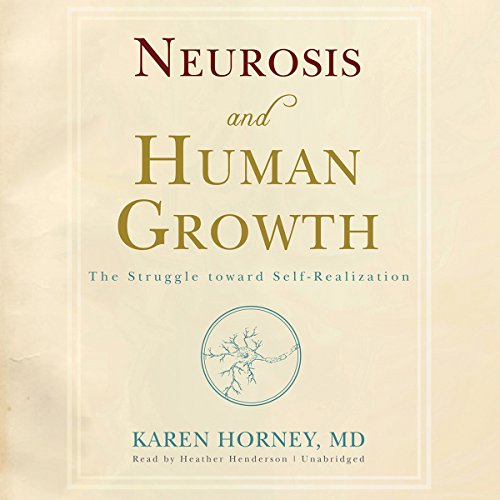 Don't let the title of this book fool you. This is not a psycho-babble guide to finding the real you. The author is a very intelligent woman who trained as a psycho-analyst and worked for years helping people with problems they found overwhelming. Her experience provides the listener with a common sense approach to deal with the types of problems we all encounter simply because life is not perfect. She helped me understand that my demands on myself for personal perfection lead to self-hate. She provided a guide for accepting my real self beginning with honesty and compassion. I have always avoided authors who write self-help manuals with the secret for happiness. This author doesn't claim she can cure all of your problems. What she can do is help me and others to better deal with problems that have made them feel unhappy and out of place all of their lives. The narrator of the book conveys the calm helpful message of the author very well. This is a very good book that I highly recommend.

I knew I was sick, but DAAAAAAAAAMN!

Great book! I was impressed by how well the author knew me! I also really enjoyed the ongoing, and at times direct, comparative analysis made with philosophies of other psychoanalysts, and the lterary references made to help illustrate certain points. The organization of the writing is inspired, and every chapter builds further on previous reading.

The depth of thought and ideas are mind expanding in this book. After listening to it two times I got the book because I needed to slow down and think through the ideas more slowly. As someone who does therapy I find the ideas she protrays very helpful. This is a book that charts a very different course then Freudian or more contemperary psychologist from the behavioral/cognitive perspective. Its contents are more based on the dynamic interplay between what you really are and what you or others wish you were in your mind. It will give some framework but not help you know how to help others other then being able to more fully understand and chart where they are coming from.

A Work of Genius - Narrated With Feeling

Sometimes we find ourselves molding our behavior with inner dictates to such an extent that we stifle our true motives and actions from taking shape in our lives. Sometimes we try so hard to the ideal of what we "should" be, that we forget to be what we are. It's painful to feel distant from yourself, but it's even more painful to feel like you can never measure up to your "ideal" self.

When you realize down the road that a lot of the mistakes you've made were toward protecting your "ideal" self and not your real self, you might explain a lot of the feelings of futility in your life, of always making the same mistakes, of never keeping a "leg up," of dead-end relationships and countless circular patterns of destructive behavior. This book is about growing into your real self. So throw aside your notions of who you think you should be, and be ready to embrace who you are.

It's hard work, but thanks to the sympathetic and emphatic reading from Heather Henderson, you can also take it seriously, even if you're not a psychoanalyst. The audio of this book truly adds an element of solemn weightiness that you probably wouldn't find in the print version. I believe the narrator understands the book on a deep level. Perhaps she used it to solve some of her own neurotic trends.

This will be on my list of top 10 books everyone should read, probably #3.

The real walking dead are...

A seminal work that is worthy of multiple readings and that while dense will pay great dividends in ones understanding of the human condition if you are willing to take the time and do the work needed to fully comprehend this master tome.

Great formulation of the neurotic phenotypes in down to earth language. Not heavy into psychobabble. I must for anyone within the psychoanalytic / psychodynamic field.

I liked the concept of *pride system*, the emphasis on interpersonal reaction as vulnerable mind is waylaid by many and varied tricky tangents of self-ishness, the neurotic reaction or retreat.

I completely enjoyed listening all through.

What made the experience of listening to Neurosis and Human Growth the most enjoyable?

What does Heather Henderson bring to the story that you wouldn’t experience if you just read the book?

The narrator is wonderful. She has soft voice, knows the material, and conveys the material convincingly, to the public.
Some narrators, have little idea what the passage they're reading is all about. It shows.

Definitely so! But can't.

This book is for general public, and we all have neurotic tendencies in us. No one is spared from!

More of a Library-type listen

It is a book which should not be listened to whilst doing other things that need your attention, like driving!. People in this field would have appreciated no forgetting those with an interest in psychology. Overall it is a good book with in-depth analysis that should be consumed as if reading a book.

Great book about pscicology and human growth. It offers a clear view and detailed description of selected profiles behaviors.

I've never read a psychology book or self help book so utterly forensic and unrelenting in it's unraveling of the neurotic mind. to put it all together like this helped me realise I need help

Karen Horney is one of the giants in psychology and this book is absolutely brilliant! No doubt about it. I don't think there is anyone else who describes the neurosis and its workings better than she does. However the only thing missing from the book are clear solutions to neurosis. The main things she recommends are taking responsibility for one's life, humility and not burdening oneself with the tyranny of ''shoulds'' which are absolutely crucial. But to get the fuller picture, learn more on how to get out/deal with neurosis and get the answers to the questions she had left unanswered I would go to psychologists like Nathaniel Branden, Alfred Adler or even Albert Ellis.