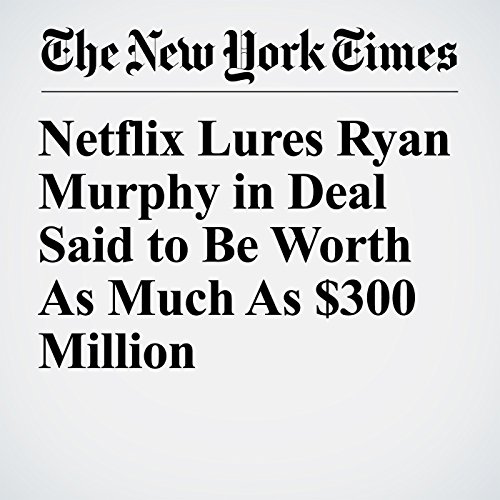 "Netflix Lures Ryan Murphy in Deal Said to Be Worth As Much As $300 Million" is from the February 13, 2018 Business section of The New York Times. It was written by John Koblin and narrated by Kristi Burns.