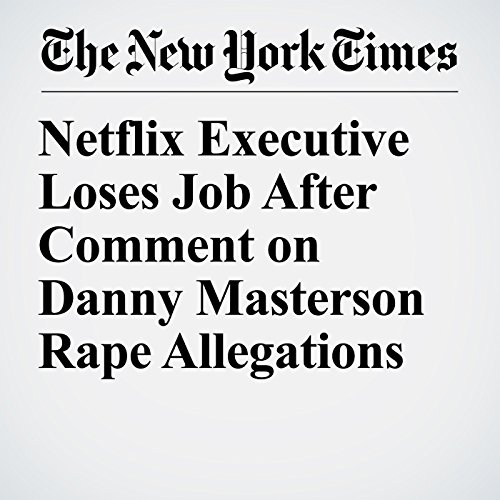 On the sidelines of a children’s soccer game in Los Angeles this month, a Netflix executive reportedly told a woman that people at the company did not believe the rape allegations against Danny Masterson, an actor who was starring in the series “The Ranch.”

"Netflix Executive Loses Job After Comment on Danny Masterson Rape Allegations" is from the December 13, 2017 Business section of The New York Times. It was written by Jacey Fortin and narrated by Kristi Burns.