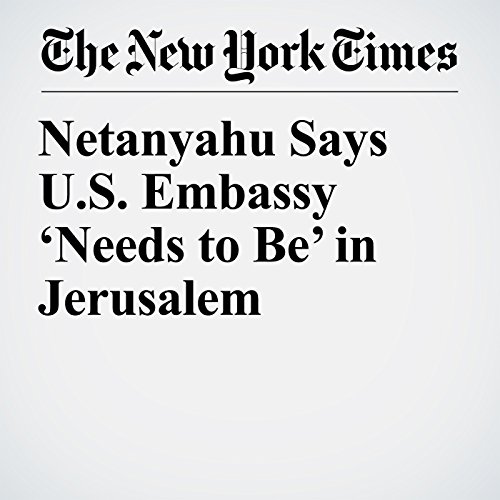 Prime Minister Benjamin Netanyahu of Israel, who had been closemouthed on the contentious question of moving the U.S. Embassy to Jerusalem, noted Sunday that the embassy “needs to be here.”

"Netanyahu Says U.S. Embassy ‘Needs to Be’ in Jerusalem" is from the January 29, 2017 U.S. section of The New York Times. It was written by Ian Fisher and narrated by Keith Sellon-Wright.