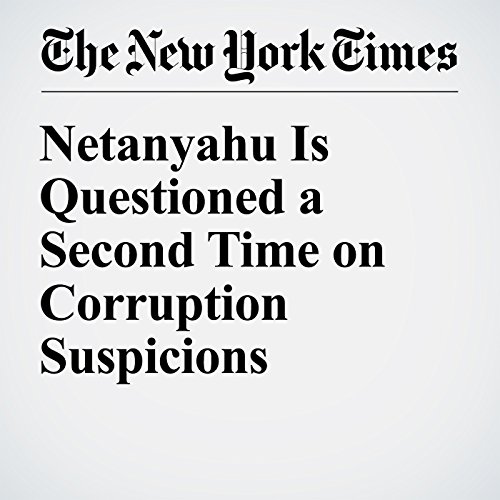 On Thursday evening, for the second time this week, investigators grilled Prime Minister Benjamin Netanyahu of Israel at his official residence as a suspect in an investigation into possible corruption, the details of which have largely been kept under wraps.

"Netanyahu Is Questioned a Second Time on Corruption Suspicions" is from the January 05, 2017 World section of The New York Times. It was written by Isabel Kershner and narrated by Kristi Burns.