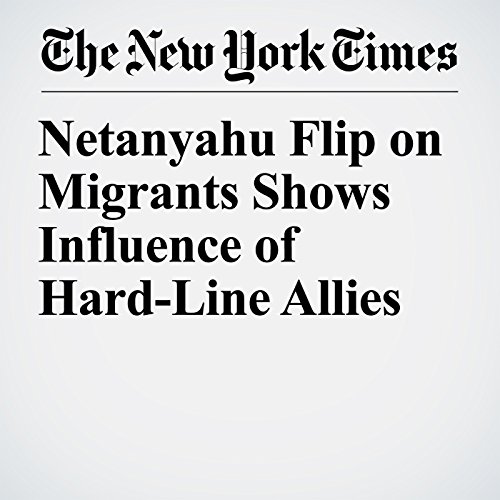 JERUSALEM — Prime Minister Benjamin Netanyahu has backed down under pressure before, but rarely in such a spectacular fashion as he did on Tuesday when he reneged on a deal with the United Nations to resettle thousands of African asylum-seekers in Western countries.

"Netanyahu Flip on Migrants Shows Influence of Hard-Line Allies" is from the April 03, 2018 World section of The New York Times. It was written by Isabel Kershner and narrated by Keith Sellon-Wright.