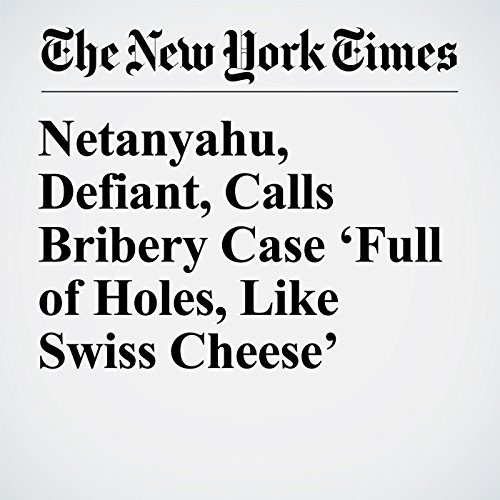 Fighting back against a damning new allegation of corruption from Israeli police and calls for his resignation, Prime Minister Benjamin Netanyahu of Israel on Wednesday assailed investigators’ findings as biased and “full of holes, like Swiss cheese,” and vowed to serve to the end of his term in late 2019.

"Netanyahu, Defiant, Calls Bribery Case ‘Full of Holes, Like Swiss Cheese’" is from the February 14, 2018 World section of The New York Times. It was written by David M. Halbfinger and narrated by Keith Sellon-Wright.