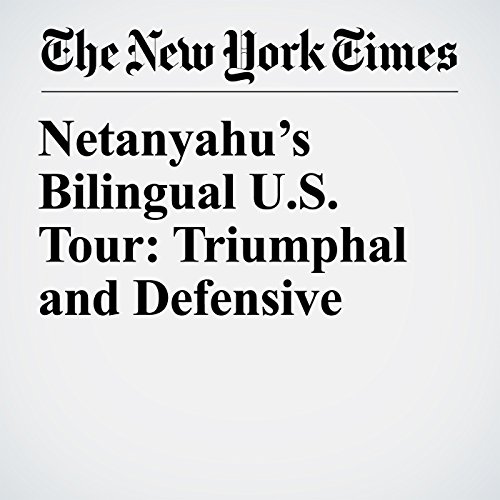 If one snapshot from his swing through Washington and New York this week captured the position in which Prime Minister Benjamin Netanyahu of Israel finds himself, it wasn’t when he sat beside President Donald Trump on Monday and saluted him as a modern-day Cyrus, Balfour and Truman rolled into one.

"Netanyahu’s Bilingual U.S. Tour: Triumphal and Defensive" is from the March 08, 2018 World section of The New York Times. It was written by David M. Halbfinger and narrated by Barbara Benjamin-Creel.