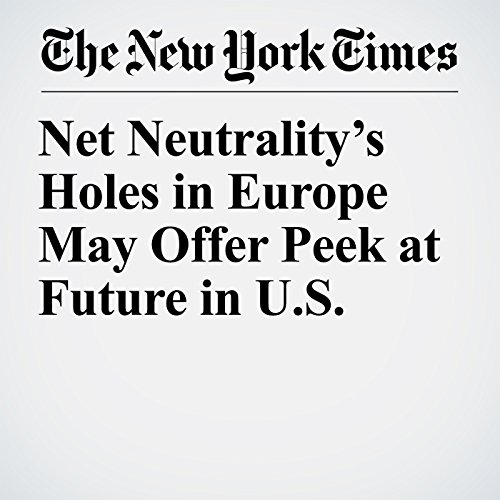 Last spring, Swedes got a tantalizing offer: If they subscribed to Sweden’s biggest telecom provider, Telia Co. AB, they could have unlimited access on their mobile phones to Facebook, Spotify, Instagram and other blockbuster apps.Swedish regulators tried to put a stop to it. They argued that the arrangement violated the net neutrality rules in the European Union, which require internet providers to offer equal access to all web content. Essentially, once a user’s data cap was reached, Telia would restrict other apps, but not the big ones. The issue is working its way through the courts. As it does, the offer is still available.

"Net Neutrality’s Holes in Europe May Offer Peek at Future in U.S." is from the December 10, 2017 Business section of The New York Times. It was written by Liz Alderman and Amie Tsang and narrated by Kristi Burns.