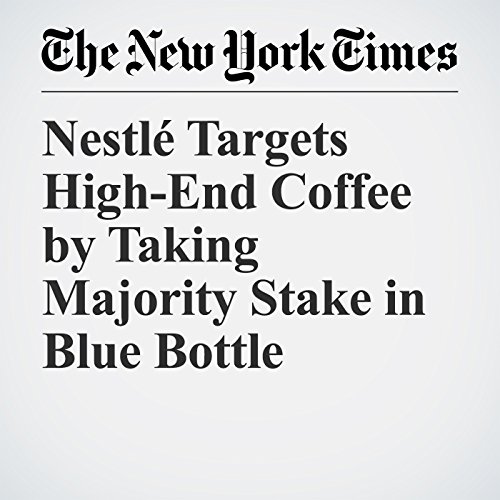 In 2002, James Freeman gave up on being a professional clarinetist and began pursuing his other passion, roasting coffee.Freeman started out in a 183-square-foot potting shed in Oakland, California, and named his newborn business Blue Bottle Coffee, after a storied Viennese coffee house. Fifteen years later, Blue Bottle has grown beyond a one-man coffee shop. It is now one of the best-known purveyors of artisanal coffee that, in Freeman’s words, doesn’t taste like “flea shampoo.”

"Nestlé Targets High-End Coffee by Taking Majority Stake in Blue Bottle" is from the September 14, 2017 Business section of The New York Times. It was written by Michael J. De La Merced and Oliver Strand and narrated by Mike DelGaudio.