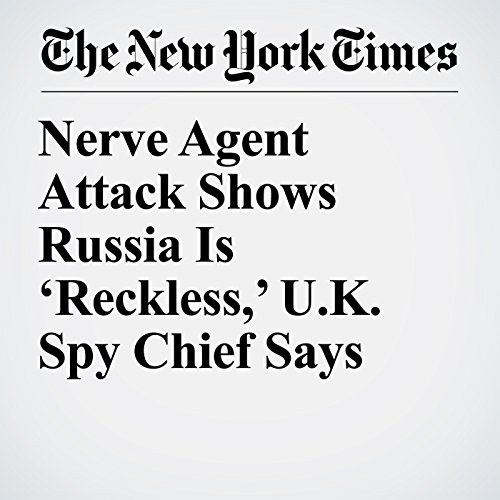 LONDON — The nerve agent attack on two people in England “demonstrates how reckless Russia is prepared to be, how little the Kremlin cares for the international rules-based order,” one of Britain’s intelligence chiefs said Thursday, in an unusually public and scathing commentary on a foreign power.