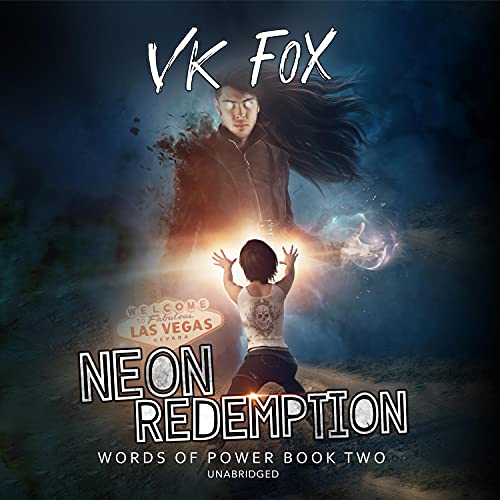 When your gun-nut friend says, “Go to Sin City for a classified mission,” you book a flight to Vegas.

But Jane doesn’t even make it to the super secret meeting before her life hits the fan. Sana Baba’s hit team is on her trail, and her mentor, Dahl, is apparently possessed by the consciousness of an evil, fictional Arthurian villain.

Where, in the utter tornado of events, is she going to find time to consider her boyfriend’s proposal? They’ve known each other for, like, five minutes, right?

It may be a moot point if Jane dies in action. She’s drained her magical reserves so much that even healing a paper cut will put her in the grave. It’s going to take all of Jane’s courage, propensity for bending the rules, and disregard for authority to stand up to the extra-natural jerk-off trying to take over Dahl’s life and send it back beyond the barrier of reality.

Neon Redemption is an urban-fantasy adventure with a dose of Sumerian, Arthurian, and modern mythologies, and a dash of romance. Fans of Quentin Tarantino, Tamsyn Muir, and Buffy the Vampire Slayer will enjoy the cheeky writing, toasty romance, and technicolor brawls.

Love the 2nd installment of this series!

This is just pure fun. Action and dialogue land really well even though the narrator has a full cast to juggle. Super enjoyable listen with urban fantasy featuring not-your-run-of-the-mill story line including living books, golems, nuns with guns, and reality bending magic.