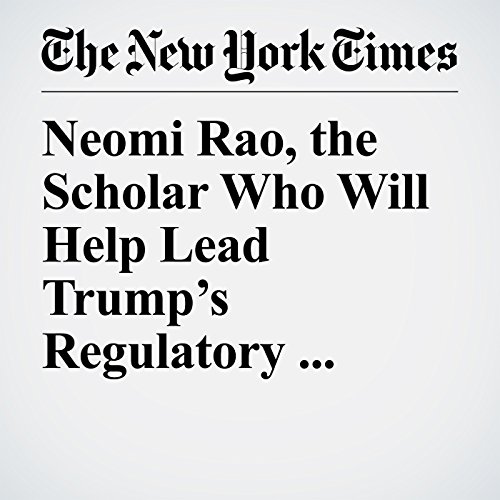 When George Mason University changed the name of its law school last year to honor Antonin Scalia, the late conservative Supreme Court justice, the tribute rankled many liberal faculty members and students. That the naming was tied to a multimillion-dollar donation from the conservative Charles Koch Foundation only heightened concerns.

"Neomi Rao, the Scholar Who Will Help Lead Trump’s Regulatory Overhaul" is from the July 09, 2017 Business section of The New York Times. It was written by Steve Eder and narrated by Keith Sellon-Wright.