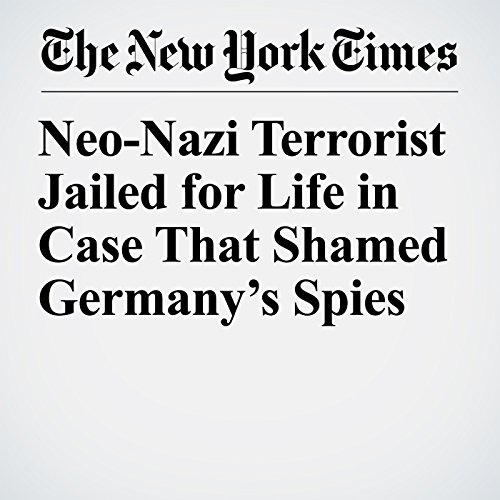 BERLIN — The sole surviving member of one of Germany’s deadliest neo-Nazi terrorist groups was sentenced to life imprisonment Wednesday, in the culmination of a saga that has shamed the country’s security services, strained its relationship with Turkey and fueled accusations of institutional racism.

"Neo-Nazi Terrorist Jailed for Life in Case That Shamed Germany’s Spies" is from the July 11, 2018 World section of The New York Times. It was written by Christopher F. Schuetze and narrated by Keith Sellon-Wright.