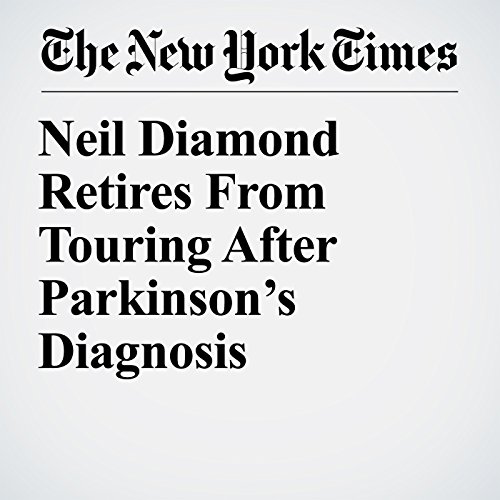 Singer Neil Diamond on Monday announced his retirement from touring, after a recent diagnosis of Parkinson’s disease.

"Neil Diamond Retires From Touring After Parkinson’s Diagnosis" is from the January 23, 2018 Entertainment section of The New York Times. It was written by Anna Codrea Rado and narrated by Kristi Burns.