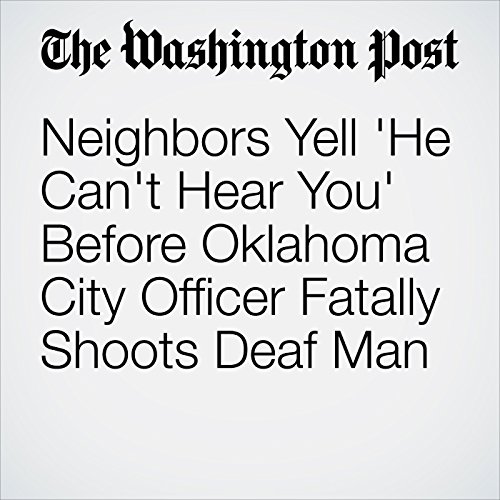 Sgt. Christopher Barnes and Lt. Matthew Lindsey ordered Magdiel Sanchez to drop a two-foot-long metal pipe. Instead, the 35-year-old stepped from the porch of the single-story house in suburban Oklahoma City, apparently oblivious to the shouts.

"Neighbors Yell 'He Can't Hear You' Before Oklahoma City Officer Fatally Shoots Deaf Man" is from the September 21, 2017 National section of The Washington Post. It was written by Ellie Silverman and narrated by Sam Scholl.