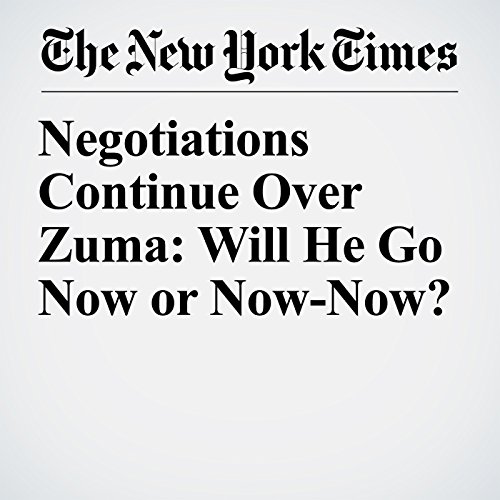 Negotiations between Zuma and his deputy and probable successor as president, Cyril Ramaphosa, over South Africa’s presidency entered their second week Monday after days of premature reports that Zuma’s exit was imminent. The lack of clarity surrounding his future — and the nature of the talks themselves — deepened the anxiety and frustration among many South Africans.

"Negotiations Continue Over Zuma: Will He Go Now or Now-Now?" is from the February 12, 2018 World section of The New York Times. It was written by Norimitsu Onishi and narrated by Keith Sellon-Wright.