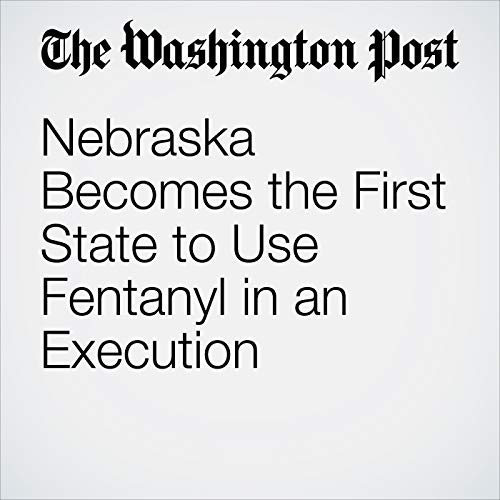 Authorities in Nebraska used the powerful opioid fentanyl to carry out a death sentence on Tuesday, an unprecedented move that came as the state — which just three years ago briefly abolished capital punishment — completed a remarkable reversal and resumed executions for the first time in nearly a generation.

"Nebraska Becomes the First State to Use Fentanyl in an Execution" is from the August 14, 2018 National section of The Washington Post. It was written by Mark Berman and narrated by Sam Scholl.