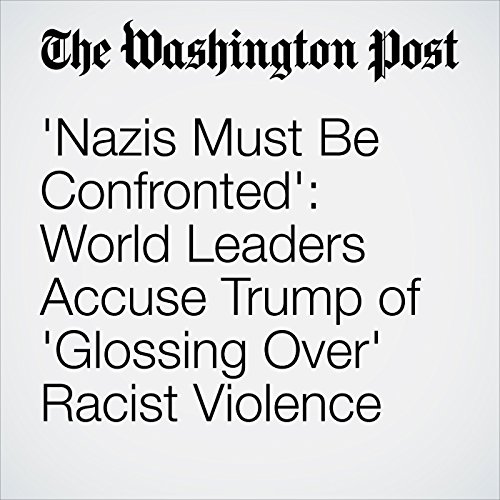 President Trump's off-the-rails Tuesday news conference — in which he once again blamed “both sides” in Charlottesville, effectively undoing his earlier conciliatory remarks — earned him another wave of backlash from world leaders Wednesday.

" 'Nazis Must Be Confronted': World Leaders Accuse Trump of 'Glossing Over' Racist Violence" is from the August 16, 2017 WorldViews section of The Washington Post. It was written by Amy B Wang and narrated by Sam Scholl.