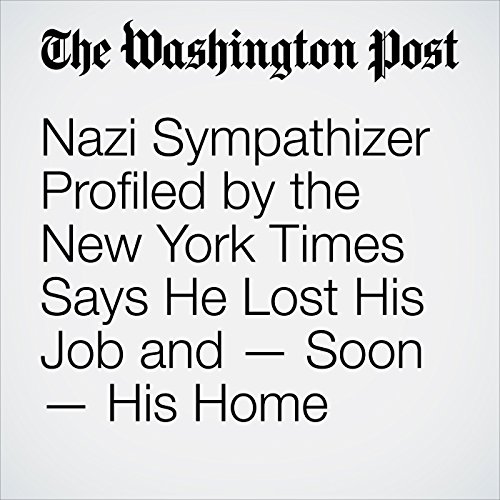 Tony Hovater, the white nationalist and Nazi sympathizer featured in a controversial New York Times article this weekend, said he lost his job and would soon lose his home following a swift backlash over the article.

"Nazi Sympathizer Profiled by the New York Times Says He Lost His Job and — Soon — His Home" is from the November 30, 2017 National section of The Washington Post. It was written by Kristine Phillips and narrated by Sam Scholl.