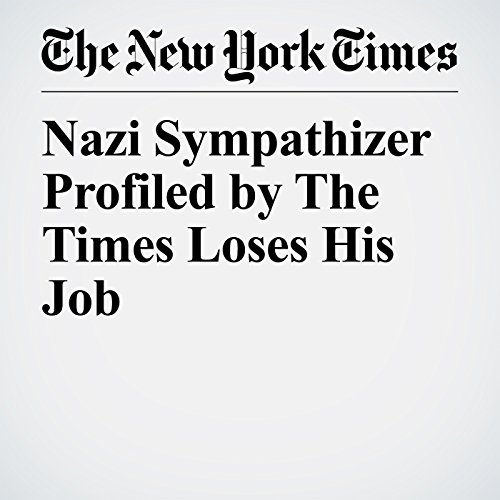 A Nazi sympathizer who was profiled recently in The New York Times and his wife and brother-in-law have lost their jobs, after the article prompted an outpouring of hostility to the restaurant that employed them, both he and the restaurant said.

"Nazi Sympathizer Profiled by The Times Loses His Job" is from the November 29, 2017 U.S. section of The New York Times. It was written by Richard Pérez Peña and narrated by Kristi Burns.