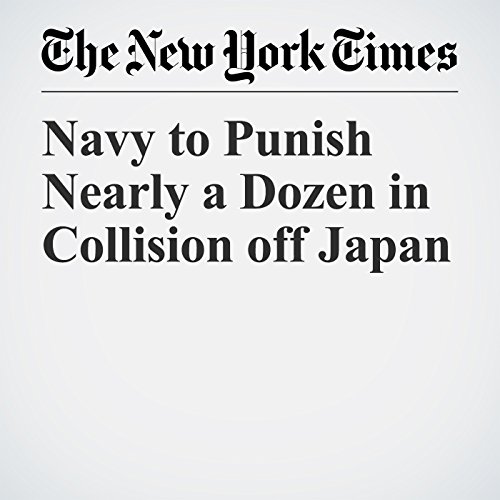 About a dozen U.S. sailors aboard a destroyer during a deadly collision off the coast of Japan in June will be punished for their roles in the accident, a senior Navy official said Thursday. They include the two top officers, who will be relieved of duty.

"Navy to Punish Nearly a Dozen in Collision off Japan" is from the August 18, 2017 World section of The New York Times. It was written by Eric Schmitt and narrated by Mike DelGaudio.