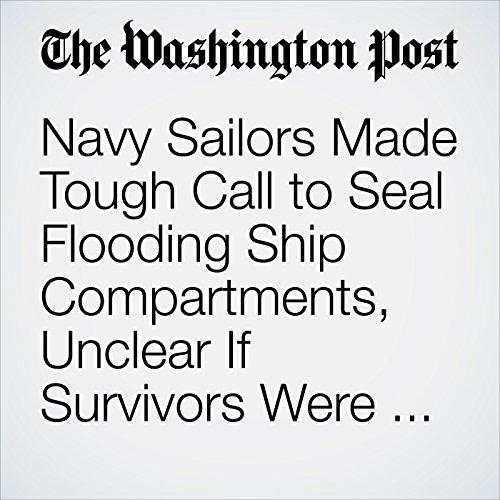 They had made several rescue attempts into the flooded portions of the 505-foot destroyer, which had collided off the coast of Japan with a much heavier container ship early morning Saturday. But they didn’t know how many of their fellow shipmates were still trapped inside or even alive, and time was running out.

"Navy Sailors Made Tough Call to Seal Flooding Ship Compartments, Unclear If Survivors Were Inside" is from the June 22, 2017 Checkpoint section of The Washington Post. It was written by Thomas Gibbons-Neff and Dan Lamothe and narrated by Sam Scholl.