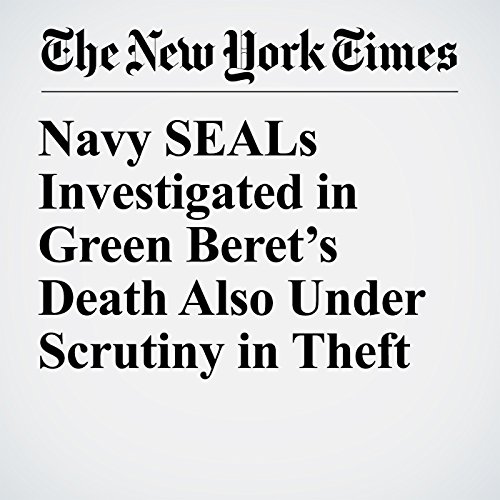 Two Navy SEAL commandos under investigation in the strangling of an Army Green Beret soldier in June in Mali have also been under scrutiny in the theft of money from a fund used to pay confidential informants, according to three service members briefed on the matter.

"Navy SEALs Investigated in Green Beret’s Death Also Under Scrutiny in Theft" is from the November 13, 2017 World section of The New York Times. It was written by John Ismay, Eric Schmitt and Thomas Gibbons Neff and narrated by Archie Montgomery.