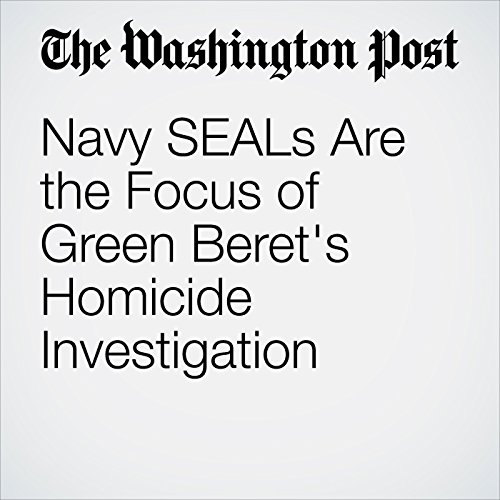 The U.S. military has launched a homicide investigation into the death of a Special Forces soldier in Mali and whether members of the Navy SEALs had a role in his killing.

"Navy SEALs Are the Focus of Green Beret's Homicide Investigation" is from the October 30, 2017 World section of The Washington Post. It was written by Dan Lamothe and narrated by Sam Scholl.